Mood And Anxiety Disorders In Pregnancy 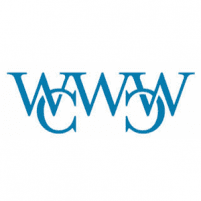 What are mood and anxiety disorders in pregnancy?

It is important to remember that the overall mental health of an expectant mother is an important determinant of the health of the fetus and newborn. The goal of treatment is to maintain psychiatric stability while minimizing risks to the developing fetus.

Depression and anxiety are sometimes overlooked during pregnancy, because changes in sleep, appetite, and energy coincide with normal physical complaints of pregnancy.

However for women with histories of depression, bipolar disorder, anxiety, panic, and OCD, particularly if they have discontinued the psychiatric medications that have kept them stable before or as they became pregnant, the risk of relapse and recurrence is significant.

A treatment program is developed after careful consideration of the risks and benefits for both mother and fetus of the various treatment modalities (e.g., psychotherapy, medications, and other treatments). The written consultation is carefully reviewed with the patient and (with the patient’s permission) her other care clinicians.

Can mood and anxiety disorders in pregnancy occur postpartum?

Postpartum psychiatric illness has been associated with ongoing risks for recurrent illness in the future and has serious negative effects on the infant and the family. Conditions of disordered mood occurring following childbirth include postpartum blues, depression, bipolar disorder, psychosis, and anxiety (including generalized anxiety, panic disorder, and OCD).

A carefully thought-out treatment plan is organized and justified by evidence-based medicine that takes into account the risks and benefits for the new mother and her baby. For breastfeeding mothers, if psychiatric medications are suggested, the choice of medication carefully takes into consideration the safest options for their breastfed babies.

For more information on mood and anxiety disorders in pregnancy and the services we offer, call the WCWCW office or schedule an appointment online today.